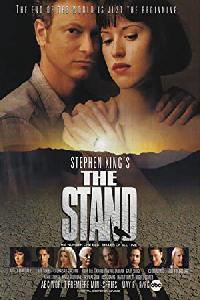 Gary Sinise, Molly Ringwald, Jamey Sheridan, Laura San Giacomo
After a deadly plague kills most of the world's population, the remaining survivors split into two groups - one led by a benevolent elder and the other by a malevolent being - to face each other in a final battle between good and evil.

Before adding subtitle files to any movie, make sure to add the exact SRT file for your desired movie format is download from the right source. There are following steps to add SRT files into your desired video player: